This month the old website of Wild Cats World will be no longer on line, so in case you haven’t written down the new address, here it is again: www.wildcatsworld.org.

Could DNA test to define Scotland’s pure-bred wildcats save the species?

A biologist from University of Chester has developed a genetic test which addresses the fundamental issue in the conservation of the Scottish wildcat – how can we identify pure wildcats from hybrids?

Dr O’Donoghue’s team at Chester has spent two years working on the research with data analysts at FIOS Genomics in Edinburgh to complete the cutting edge test which is the first of its kind in the world.

Until now there has been no truly definitive way of identifying whether existing individual cats are pure wildcats or hybrids and estimates currently suggest there are, at best, only 100 pure Scottish wildcats remaining in the wild – this test could prove to be a vital tool in the fight to save the species.

The work was funded with support from the Aspinall Foundation, the People’s Trust for Endangered Species, the Bosack Kruger Foundation and the Summerlee Foundation.

Save the leopard? How? 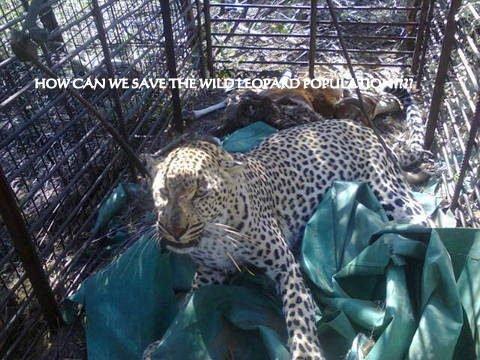 A tragic story to read and share worldwide – as this is the reality of the (African) wild leopards in South Africa and how interested people & projects are to try and save this species, like all others, and how is being messed with us, who truly wants to do what’s in our power for the leopards and wild cats. It is very, very tragic and it makes us very sad. By a “befriended” wildcatfarm in SA a few days ago we received this photo of a captured wild female leopard and the
following message “Wild adult female Leopard for sale captured near
the Botswana border. Still in small cage captive. R50 000.00” Your
first thought is to buy and rescue this poor cat right away, but of
course you can’t. You are with your back to the wall, because: this wild leopard is being sold by a farmer, who wants money for the (as he claims) loss to live stock (almost 5.000 euro???). First of all it is illegal to capture and sell wild animals, there are no permits, and buying this leopard would encourage this farmer and all other loosers to capture more wild leopards and make easy money on it. Asking the “leopardman” of SA for help didn’t get us any further. So far we
haven’t got any details from the people capturing and selling the leopard, and the people protecting this kind of deals. Of course, as
people are not to be trusted, we don’t even know for sure if it is about a wild leopard to start with…..No reply from Nature Conservation just yet and no help….but if they take matters in their own hand, it could be a big worry too. Often they give permits to the farmers to shoot the leopards or other animals. So not much help here either. Meanwhile the female is in a very small  cage…waiting for her fate…..being sold (to the wrong people) or being killed? And it is not just about this leopard…..this is the faith of the whole species. Welcome to conservation, welcome to South Africa, welcome to the world where people rule….with no interest in saving “lousy wild” animals to start with. The “farmer” would keep the leopard for 2 days…which will pass today…..and then what?? Any suggestions people????