Laurie Marker (CCF) in the Netherlands 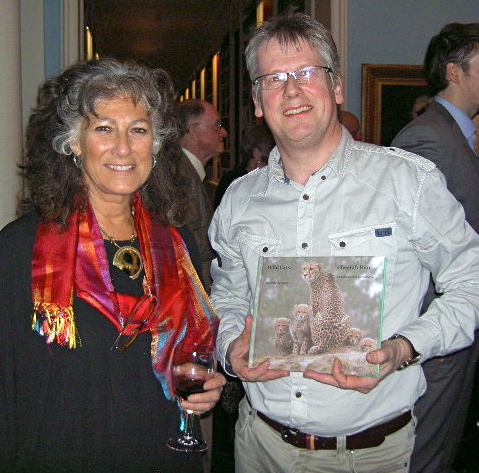 Tuesday, February 18th 2014 Laurie Marker, the ambassador of the cheetah from Namibia, will give a presentation about her work as founder/director of Cheetah Conservation Fund for the endangered cheetah. It will take place in Leeuwarden, Van Hall Institute, 19h15. Everybody who has a heart for the cheetah with a wish to meet and hear Laurie speak is welcome, entry is free. We hope to see many of you in Leeuwarden. 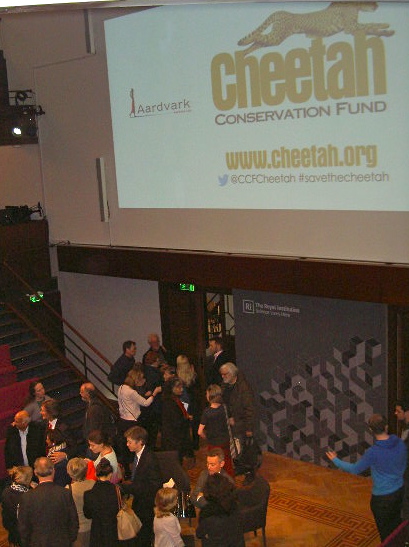 London, 11 February 2014, a night with Laurie Marker (CCF) and Jonathan Scott for the cheetah.

I was lucky to be able to join an audience at the Royal Institution of Great Britain in London on 11th February for an evening presentation devoted to the Cheetah, the challenges this beautiful animal has to face on a day to day basis and the work of the Cheetah Conservation Fund. (CCF).

Dr Laurie Marker Founder and Executive Director of CCF, who has dedicated her life to cheetah conservation, and Jonathan Scott TV presenter, author and photographer, each gave presentations to a captivated audience. They covered the stark realities facing the cheetah but also offered hope and optimism and raised a few laughs along the way. Their talks were accompanied by some stunning photography much of which Jonathan attributed to his wife Angela, who was also in attendance. Thank God there are people like this on the planet doing their bit. 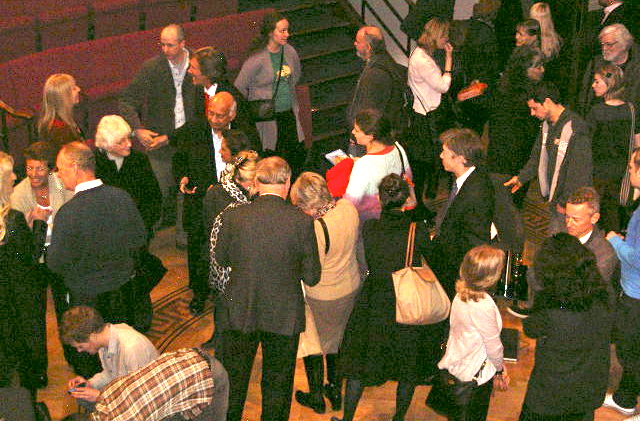 Laurie talks with a rounded perspective helped perhaps by the fact that she is not only a leader in terms of her scientific research but she has also a distant background in farming. This greater understanding of the problems facing the local populations must help when communicating and putting in to practice, her conservation messages. She clearly has a talent for grasping the huge challenge facing the cheetah and then converting this into an achievable strategy at grass roots level. Providing dogs for the local African populations, to protect their domestic animals from cheetah attacks, is highly successful, presumably only limited by the level of funding available. We need to help promote her work to as large an audience as possible. As more people become informed, and become vocal, more funds are raised and politicians become more likely to sit up and take notice. 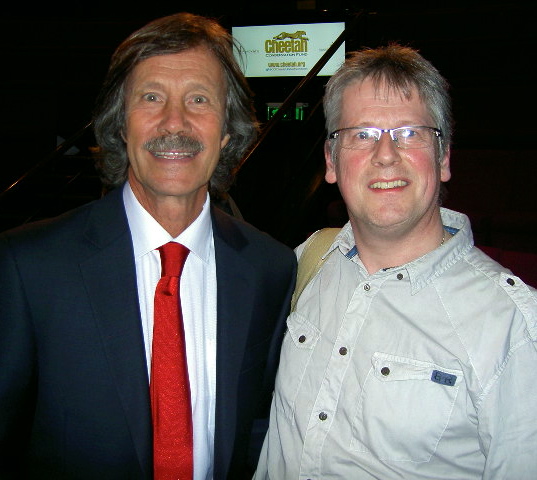 It was clear from the audience that the Big Cat Diary series is still remembered fondly by a sizeable audience. Jonathan was regularly asked when mingling with the audience afterwards – “when is it coming back!?” Each time he politely answered that unfortunately it wasn’t up to him but he liked the idea. I had an opportunity to discuss with him my belief that the BBC should commission Big Cat Year and cover life in the Mara over a full 12 month period. Imagine the power of a series presenting the Mara during wet and dry seasons, births of big cats and wildebeest, the migration, crossing the Mara river, feast and famine and all the time the audience is willing the cubs to survive. There would be a few tears but that is the reality of life out there. If they take up the challenge I believe the BBC would be able to broadcast the greatest soap opera series of all time! Jonathan loved the idea! Here’s hoping!