Machali, Queen of the tigers

Honorable ‘funeral’ for the Grand Lady of Ranthambhore National Park (India), tigress Machali,  who passed away Thursday 16th of August 2016, due to old age. The funeral and memorial she deserves, what a special ‘cat’. We will never forget meeting her up close, hearing her roar and seeing her make a kill, even with one canine left (see link to video). 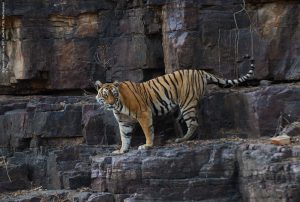 Red Cross volunteers searching for a drowned young tourist from the United States were led to discovery by a jaguarundi (eyra cat, similar to a mountain lion), which seemed to be guarding the deceased child.

As reported by The Costa Rica Star earlier this week, a flash flood swept away three U.S. tourists swimming in the Blanco river in the Rincon de la Vieja (Old Woman’s Corner) National Park, province of Guanacaste. Two victims, a 67-year old woman, a 38-year old man were recovered by Red Cross rescuers on the day of the incident. The 6-year old child would be found a day later.

On Friday morning, rescuers were combing the riverbank about a kilometer from the spot where the boy was last seen, when their attention turned to a jaguarundi that was pacing in a semicircular pattern while grunting towards the water. 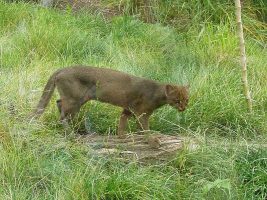 Arabian Sand Cat Spotted for First Time in a Decade

The Arabian sand cat has been seen for the first time in 10 years in the United Arab Emirates.

The Arabian sand cat has been seen for the first time in 10 years in the United Arab Emirates.

Close your eyes and picture what you believe to be an endangered wild cat. What do you see? Perhaps a snow leopard from Nepal? Maybe a Cheetah from Namibia or a Bengal Tiger? Worthy animals all. But I’ll bet that you aren’t visualizing the Andean Cat and yet’s it is believed to be the most threatened wild cat in the Americas. This small cat is about the size of a typical house cat and just as fluffy. But its low population and elusive nature have prevented it from becoming the viral video star of your Facebook feed.