Research and education: tools for action. 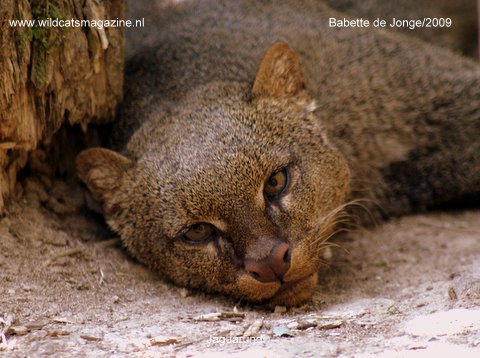 The great changes taking place in the world require an awareness but mainly short-term actions. Each citizin must take part in these actions and environmental conservation to make it succeed.

Non-governmental organisations can work together to look for solutions to the environmental issues. We need to investigate and require new knowledge to create new challenges. We need education to inform people about these issues and to pass on the knowledge. Children and young people need to be encouraged and we all need to join forces in order to try to save of what’s left.

Conservation of the carnivores, or in this case the wild cats, is an important part of the conservation of nature and environment.

In Argentina a lot of endangered wild cats are living. The jaguarundi, geoffroy’s cat, Pampas Cat, Puma (and the Andean cat; next time more info on a project concerning this cat). Small cats are currently perceived as having no economic value, and thus are of little value in their native countries. People destroy the cats, either deliberately or through habitat alteration and removal of prey species, because they are seen as being valueless. 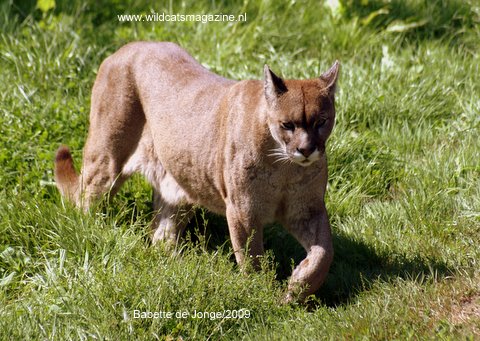 For effective wild cat conservation, research must make cat populations more valuable to local residents and government authorities. Field studies identify areas where they may be found, and provide data on their ecology to bring in eco-tourists. Details on the small cats’ prey species, usually agricultural pests and disease carriers, help convince rural people that these little cats are valuable allies. The first field study on the little kodkod in Chile discovered that local people thought the cats were vampires, due to the teeth marks on domestic poultry killed by the cats. When researchers showed people the small size of the cats, and explained they lived mainly on mice and rats, the local people became staunch defenders of the tiny cat.

Lately, there’s finally more focus on these small felines. Often they are included in studies evaluating total biomass of an area, or as part of a carnivore study.

Ecology & Conservation of the Cat Species in Argentina This project aims to contribute to the conservation of four of the unique and very little understood cats that occur in a threatened landscape of Argentina, through the understanding of species-specific ecological requirements and interspecific interactions as well as awareness raising activities.

The Pampas cat Oncifelis colocolo, ranges from southern Ecuador and Peru to central, western, and southern Brazil, parts of Bolivia, central Chile, Paraguay Uruguay and southern Argentina. It has been recently up-graded to the Near Threatened IUCN category. 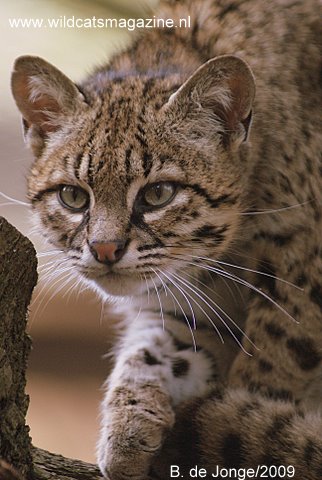 The Geoffroy’s cat Oncifelis geoffroyi, is distributed from southern Bolivia and Brazil to the southern part of Patagonia in Chile and Argentina. The Geoffroy’s cat has been recently up-graded to the Near Threatened IUCN category.

The Jaguarundi’s, Herpailirus jaguarundi, range extends from southern Texas through the coastal lowlands of Mexico, throughout Central America, and into South America east of the Andes to central Argentina. In Central and North America, the jaguarundi is listed in appendix I of CITES, while in Argentina it is categorized as potentially vulnerable.

The Puma, Puma concolor, is one of the carnivores with the largest distribution range in the world, since it occurs from Canada to the south of Patagonia, and one of the most known. It is listed as Near Threatened by IUCN and on CITES Appendix II except for three subspecies, which are on appendix I, while in Argentina is considered Near Threatened. 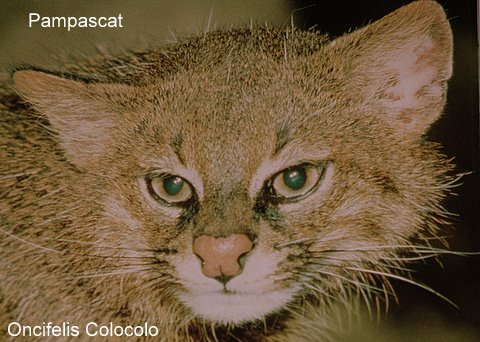 The Pampas cat is one of the least known cats in South America and very little data are available on Jaguarundi and Puma populations in Argentina. This unique guild occurs at the border between the Pampas Grassland and Argentine Monte. These ecoregions are among the most strongly affected habitats by human intervention in Argentina, due to farming and cattle activities, widespread hunting and little protection of natural areas. For these reasons it is urgent to collect baseline data on these felids that can help us to understand how these different human acitivites are affecting wildcat populations and intra-guild interactions, and what are the perception and attitudes of local communities of carnivores, in order to find solutions favouring conflict reduction and the coexistence of humans and carnivores

The goal of the project is to provide new information on the natural history and ecological niche of the top predators of central Argentina that will contribute to understand their conservation requirements. The present distribution, population status, ecological niche, and genetic identity of four species of felids is being investigated, as well as how their natural behaviour is affected by habitat alterations in a human-dominated landscape.