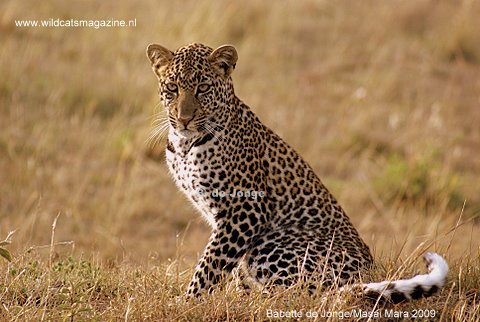 When Babette de Jonge started her non-profit foundation Wild Cats World in June 2010, she already had her mind set on starting a special leopard project. There are lots of cheetah, tiger and even lion conservationprojects, creating awareness for the bad situation of these species in the wild, but somehow people always seem to have the strange and wrong idea that the leopard numbers are still safe. Even though there never really was a leopard census, neither in Africa, nor in Asia. Also leopards are being killed in both countries on a daily basis. In India up till 2011 there were 356 tigers killed in 365 days, but in 2012 these numbers seem to be increasing. If the killing of leopards continues in this pace, the leopard will get extinct in long before tiger or cheetah. Little what we can do, has to be done. Today, as tomorrow might be too late!

So finally in 2012 the start can be made of this huge leopard project. Apart from creating awareness & doing lots of educational and research projects the focus of the project has primarily been to protect leopard from poaching, poisoning, trapping, and over-hunting. Now also a breedingproject will be started in South Africa, Eastern Cape, alongside the very succesful cheetah breeding project at the same place. The two ambassadorleopards of our project, Felix and Feline, will meet the people and they have the important job to convince them they are loveable, clever and gorgeous cats, that deserve respect and a chance for the wild species to survive. When both young leopards reach sexual maturity, they will both form a couple with two new, and not related, leopards. With their off spring (hopefully from a very early generation) we like to start re-wilding projects. We will look carefully for wild place for them to be relocated to. Collaring these animals will enable us to collect data that will contribute to a better understanding of how these animals are equipped and affected by the challenges they face. 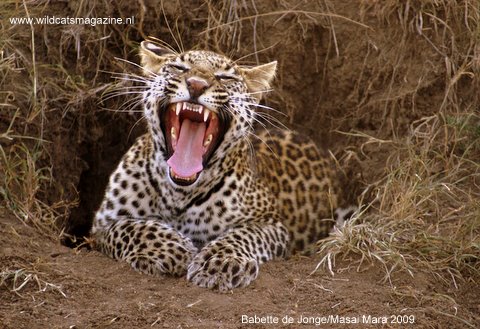 Needless to say, that the leopards we are using as ambassador leopards or for the breeding project will be kept in the best conditions. The best of welfare, lots of space and natural surroundings will be provided for them. They can live a protected but wild life.

In the meantime we hope to get volunteers for our project, mainly from Indian NGO’s to help us spread our word. The Indian villagers, and Officials, must be educated. There is a way to live together with leopards, or other predators, but it is up to the human behaviour if this will work out. Here’s an important list of do’s and don’ts. If everybody can share this, and especially will hand this over to the people involved, as they are the ones who have to adapt to a better life close to leopards. And it is possible. 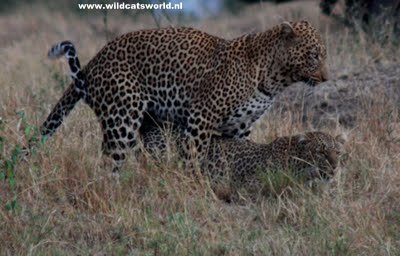 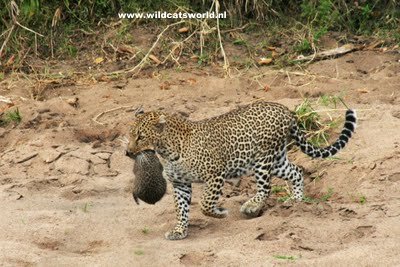 Finally leopards do not recognise our man-made park boundaries and they will come outside the park-they always have. It is in our hands to reduce that attraction for them and it is in our hands to put pressure on the civic authorities to ensure better waste collection. The reduction in garbage which attracts dogs and pigs and the proper disposal of organic waste (including waste from butcher shops and tabelas in Aarey) can reduce leopard presence around your buildings.

GIFTS, DONATIONS….. to be able to continue our projects to support the endangered wild cats, like the leopard, we need your help. All your gifts, donations or sponsormoney is so much needed an very welcome. Please contact us. Also it is possible to do a (symbolic) adoption of our ambassadorleopards Feline & Felix. Then you help us to give them the best life they deserve as for food, medical care, enclosures. 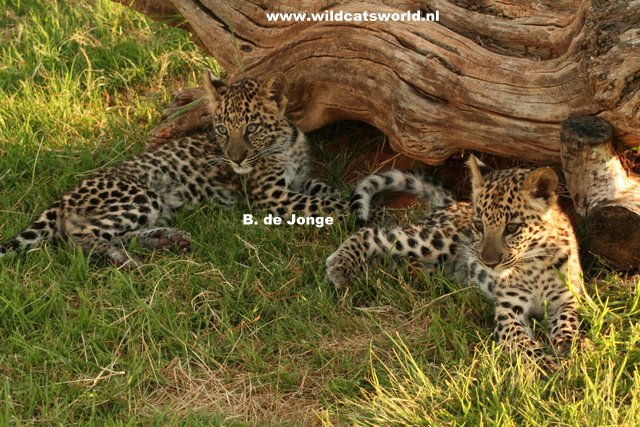 This leopard Conservation Project is a project of the Wild Cats World foundation:

Wild Cats World – This non-profit foundation is officially registered in Bussum, the Netherlands, with a bankaccount no. 51.72.47.135 (ABN AMRO Bank, Bussum, NL.) accurately monitored by a lawyer: Mr. Caspar de Valk. All donations go directly to the project and the endangered wild cats in captivity and in the wild.

Area of Operation The Leopard Conservation Project has been involved in over 60 successful captures throughout Southern Africa. With offices in Johannesburg, focus is placed in the Waterberg Region of Limpopo Province covering a study area of approximately 100,000 km2.

Please sign the petition against the killing of big cats in India.

Leopards are the ultimate cats. They are the most feline, the most intelligent, the most dangerous, and, until recently, one of the least understood. They hunt from South Africa to Siberia, from Arabia to Sri Lanka, and are the most widespread predators of their size on land. A leopard is a cat that walks by itself, unseen, secretive, and malevolent. Leopards are the beautiful killers that live in the shadows. This film will accumulate the evidence and put together a psychological profile of this extraordinarily cunning cat. From the Middle East and North Africa to the island of Sri Lanka, we’ll learn how these cats rarely move without a completely pre-meditated strategy.
Watch the YouTube video