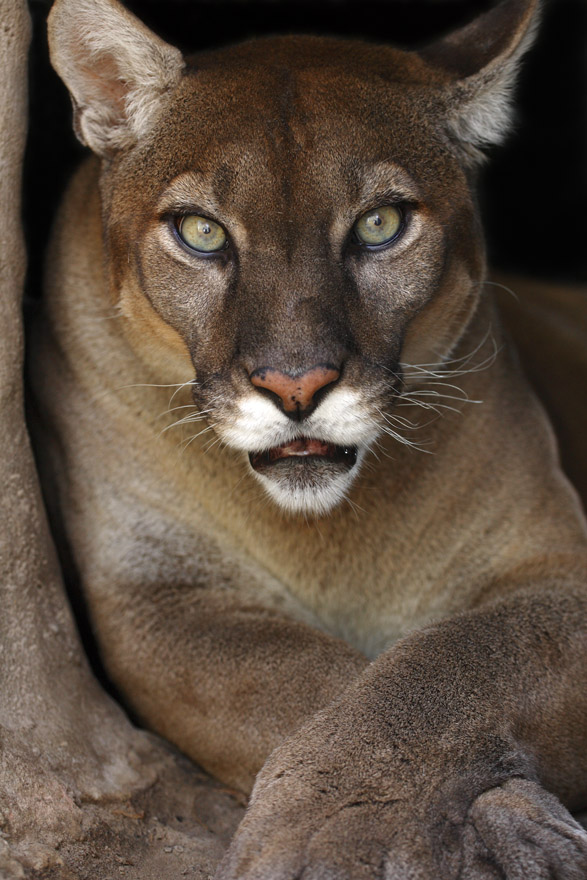 Depending on what state you live in in the United States, you can own an exotic animal without a license and house it right in your back yard. The exotic animal trade in the US went into full gear when the internet enabled private individuals to buy most any type of wild animal without being screened for proper licensing requirements or have any knowledge about the special care for these animals.

Most people that buy these animals as babies don’t realize the special needs and care required to raise a healthy animal and keep it safe from harm. Exotic animals can be dangerous when they grow up. That cute little tiger cub grows into a 400 lbs. big cat and the small Sulcata turtle that was purchased and fit into your terrarium soon weighed in at 100 lbs or more and no longer fits into your bath tub.

Wildlife Survival Sanctuary is one of many exotic animal sanctuaries that provide a home for many exotic animals that are displaced. The organization was founded in May of 2000 and is located on ten acres just north of Tampa in Spring Hill, Florida. The founders realized that the problems facing wildlife in captivity were significant. Often, exotic animals found in captivity, are purchased by individuals who want to own them to enhance their personal status or for financial gain by breeding them for profit. Unfortunately, most people don’t know that exotic animals in captivity have complex nutritional, dietary and medical needs that are extremely costly when you own one of these animals.

Most of these situations end with the animal being euthanized or forced to live a life of misery in unsanitary conditions. There are also situations where people just run into hard times, and no matter how much they love their animals, they aren’t able to provide for them anymore so they are looking to place their beloved animal(s) with a sanctuary such as Wildlife Surival.

Buddy, the cougar was rescued by Wildlife Survival in February 2002. Buddy is the perfect example of what cougars in captivity often go through. He came to Wildlife Survival from a woman who had rescued him previously from a very abusive situation. When examined by the veterinarian at WSS, it was established that Buddy had been hit with a blunt object and that his back had been broken. The injury was never properly treated, and Buddy was suffering from severe neurological trauma. He had trouble with mobility in his hind legs and his front legs were always shaking and unstable. Because Buddy had been moved from owner to owner, very little is known about his care when he was a cub and his age could only be estimated. The woman that brought him to the sanctuary realized she could no longer care for Buddy when she became critically ill herself. Buddy was one of those animals that, in spite of all the abuse by humans, loved to interact with people. He was always running to the fence to get attention and then would play with his ball and purr because he was happy. With his advanced age and health condition he passed away from kidney failure. He will be greatly missed by all the volunteers at the sanctuary.

Sasha & Sergei are two Siberian tigers that were bred to be white and turned out golden. The breeder had no use for golden colored tigers, so the two cubs were going to be sold and possibly separated because they had no significant monetary value (golden tigers can be bought for about $200 in the US). Fortunately a woman stepped in, took possession of the cubs and then did a lot of research to find a home where both animals that are brother and sister would be kept together.

Savannah, the African Serval came from a loving home but the owner became terminally ill and could no longer care for her, so she now calls the sanctuary her permanent home.

There are many so-called “sanctuaries“, that portray themselves as rescue facilities for exotic animals but seem to be more interested in breeding or purchasing cubs while leaving adult animals who desperately need homes with no place to go! 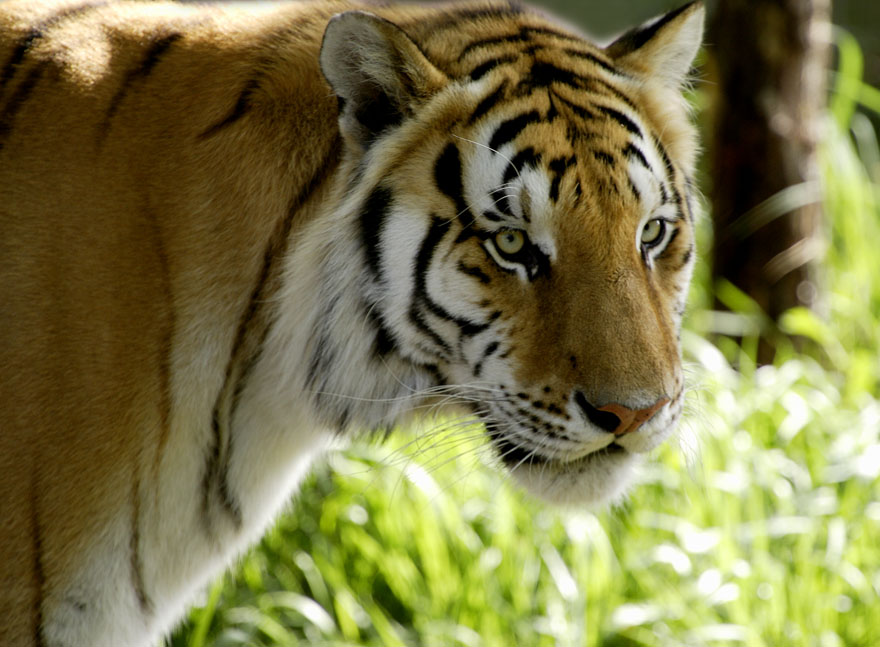 The mission of Wildlife Survival is to rescue animals without prejudice. They do not breed, or sell our animals and they do not take animals out in public or allow direct contact with the public. The sanctuary was founded to provide the animals they rescue with over-sized natural habitats where they can live out their lives peacefully while being provided with the best possible care they deserve. The animals call the sanctuary their permanent home where they can be safe from harm.

Where possible animals are introduced for companionship and enrichment.  All animals are neutered and spayed so there are not accidents and there is NO breeding. Only one animal is not neutered: a male leopard who does not currently share his habitat with another leopard.

With so many exotic animals in need of homes, the sanctuary staff realizes that they can’t rescue every animal that they are approached with, so they often enlist the aid of other organizations and people with similar goals to help place animals in need.

Wildlife Survival Sanctuary is operated by an all non-paid volunteer staff, therefore there is no administrative cost, which ensures that all donations go directly towards the cost of care for our animals. All donations are tax-deductible. The sanctuary depends on the public for support, and yes, they need your help!