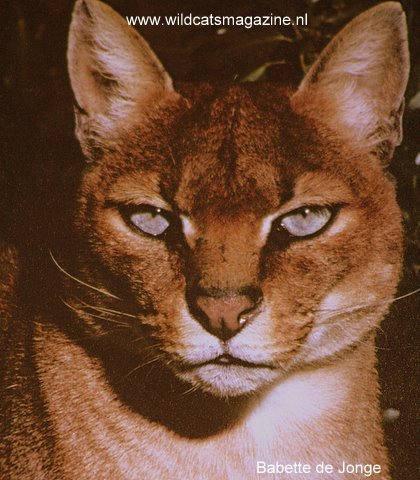 The African Golden Cat (Profelis aurata) is a medium-sized wild cat distributed over the rainforests of West and Central Africa. It is about 80 cm (31.5 inches) long, and has a tail of about 30 cm (approximately one foot) in length. It is a close relative of both the Caracal and the Serval. However, current classification places it as the only member of the genus Profelis.

Due to its extremely hidden living style, not much is known about this cat’s behaviour.

The African Golden Cat is able to climb, but hunts primarily on the ground. Prey includes rodents, birds and monkeys. It also hunts duiker and even the Giant Forest Hog. 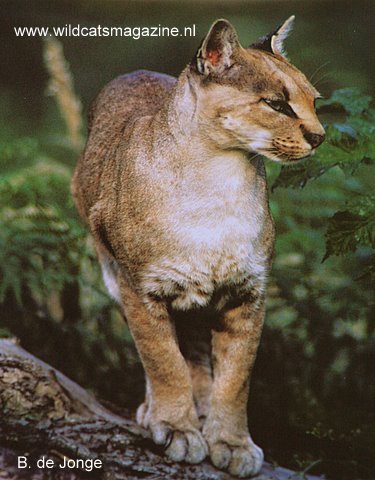 The African Golden Cat has variable fur colour. Fur is typically cinnamon or reddish brown in colour, but there also exist black or grey colour variants. The fur is sometimes spotted, while other animals have plain fur.

Overall, the African Golden Cat resembles the Caracal, but has shorter ears.