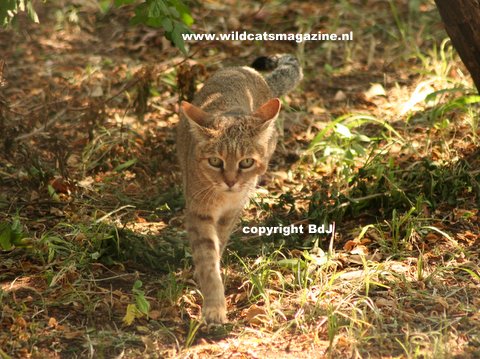 The African wildcat (Felis silvestris lybica), is a subspecies of the wildcat (F. silvestris). They appear to have diverged from the other subspecies about 131,000 years ago. About 10,000 years ago some African Wildcats were domesticated in the Middle East and they are the ancestors of the domestic cat. The African wildcat is found in Africa and in the Middle East, in a wide range of habitats, like steppes, savannes and bushland. 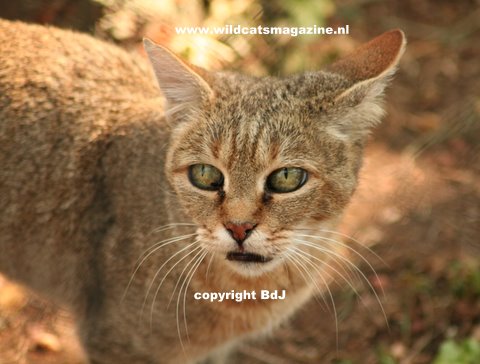 The African wildcat eats primarily mice, rats, and other small mammals. He also loves to eat birds, reptiles, amphibians, and insects. The cat approaches its prey slowly, and attacks by pouncing on its prey as soon as it is within range (about one metre). The African wildcat is mainly active during the night and twilight. When confronted, the African wildcat raises its hair to make itself seem larger and intimidate its opponent. In the daytime it usually hides in the bushes, although it is sometimes active on dark, cloudy days. The territory of a male overlaps with that of a few females, who defend the territory against intruders. 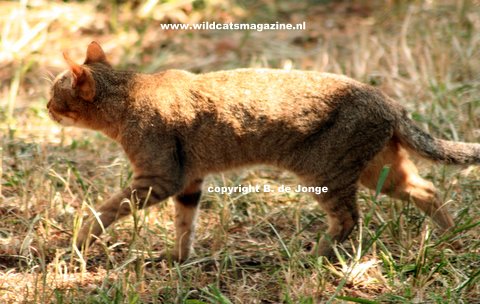 A female African Wildcat gives birth to two to six kittens, with three being average. The African wildcat often rests and gives birth in burrows or hollows in the ground. The gestation lasts between 56 and 69 days. The kittens are born blind and need the full care of the mother. Most kittens are born in the wet season, when there is sufficient food. The kittens stay with their mother for five to six months and are fertile after one year.