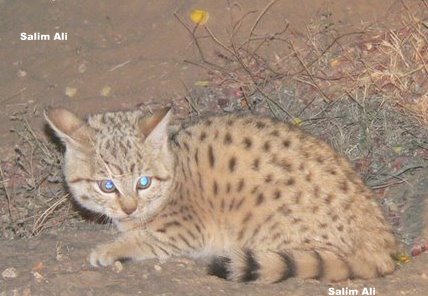 The Asian Wild Cat, known also as the Asian Desert Cat, is the most endangered among wild cat species. Related more closely to the African than its European counterpart, the wild cat’s coloration varies across its distribution from light yellow to reddish and gray. Size is similar to the African cat, with length ranging from forty five to seventy centimeters and weight between six to sixteen pounds. Spots, joining to form stripes, are distinctly noticeable. Upper chest and chin are often white and tail is ringed, with a black tip.

Mainly seen in arid areas, the Asiatic Wild Cat is quite capable of surviving in dry habitats, often going without water for long periods. It seldom is seen at high altitudes and usually lives in dry parts of Asia. Small mammals including rodents, hare and gerbil form the bulk of its diet, supplemented at times by birds.

The geographical range of the cat, Felis Silvestris Ornata, extends from Caspian Sea to Mongolia, India, Pakistan and Iran. Steppes and scrub desert areas are often the dwelling places of the felid. Little is known about the behavior and reproductive profile of the Asian Wild Cat, though it is established that the litter size is on average three to four and life span in the wild is up to fifteen years. The three recognized subspecies include: 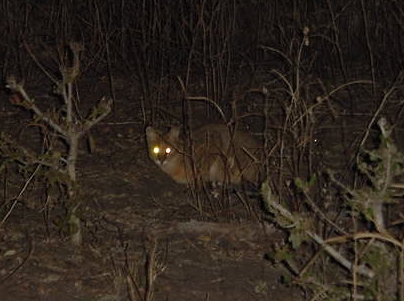 Habitat loss and excessive hunting in the past for its characteristic spotted pelt has led to decline in this cat’s numbers in the wild. As with other wild cats, the risk of loss of genetic purity also looms large through interbreeding with feral and domestic felines.