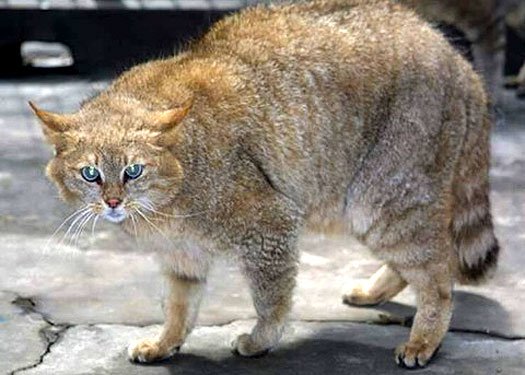 The Chinese Mountain Cat (Felis bieti), also known as the Chinese Desert Cat, is a small wild cat of western China. It is the least known member of the genus Felis and it is more likely a subspecies of Felis silvestris (then called Felis silvestris bieti).

Except for the colour of its fur, this cat resembles an European Wild Cat in its physical appearance. The fur is sand-coloured with dark guard hairs; the underside is whitish, legs and tail bear black rings. In addition there are faint dark horizontal stripes on the face and legs, which may be hardly visible. The ears and tail have black tips, and there are also a few dark bands on the tail. They have a relatively broad skull, and long hair growing between the pads of their feet. 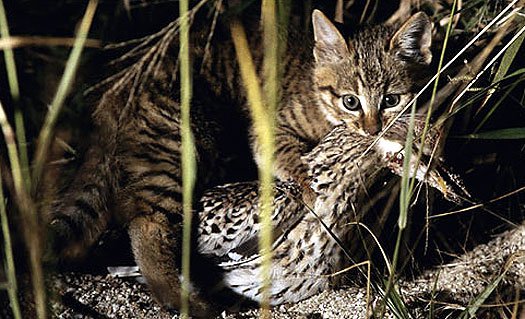 The Chinese Mountain Cat is endemic to China and has a limited distribution over the northeastern parts of the Tibetan Plateau in Qinghai and northern Sichuan. It inhabits sparsely-wooded forests and shrublands, and is occasionally found in true deserts. It has been observed in environments from 2,800 to 4,100 metres (9,200 to 13,500 ft) in elevation.

The Chinese Mountain Cat is active at night; it hunts for rodents, pikas, and birds. They breed between January and March, giving birth to two to four kittens in a secluded burrow.

It is almost unbelievable but this cat seems to be protected in China. However, it is still endangered due to the organised poisoning of pikas, its main prey; these poisonings either kill the cats unintentionally, or withdraw their food basis. 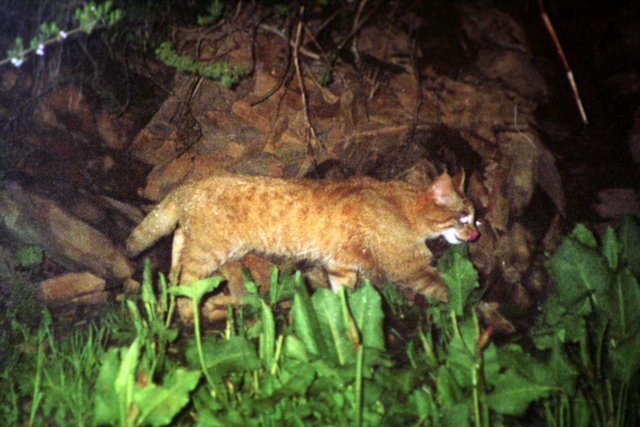