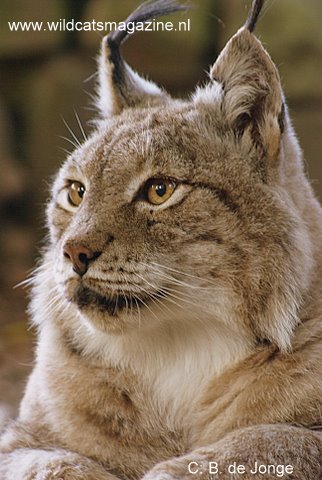 A lynx is any of four medium-sized wild cats. All are members of the genus Lynx, but there is considerable confusion about the best way to classify felids at present, and some authorities classify them as part of the genus Felis. The Caracal, despite sometimes being called Persian Lynx or African Lynx, does not belong to this genus.

Lynx have short tails and characteristic tufts of black hair on the tip of their ears. They have a ruff under the neck, which has black bars (not very visible), resembling a bow tie. They have large padded paws for walking on snow, and long whiskers on the face. The body color varies from medium brown to gold-ish to beige-white; and occasionally, is marked with dark brown spots, especially on the limbs. All species of lynx also have white fur on their chests, bellies and on the insides of their legs which are extensions of the chest and belly fur. Also, the lynx’s coloring, fur height and paw size varies by its climate range- in the Southwest US, the fur and color are short-haired, dark and the paws are smaller and less padded, as the lynx ranges to its colder Northern climes, the fur gets progressively thicker (for warmth), the color gets lighter (for camouflage) and its paws enlarge and become more padded for snowy environments. 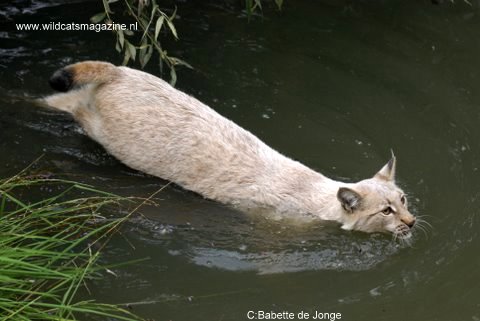 Lynx are usually solitary, although a small group of lynx may travel and hunt together occasionally. Mating takes place in the late winter and they give birth to 2 to 4 kittens once a year. The young stay with the mother for one more winter; and then, the young adults can live on their own. Lynx will have their dens in crevices or under ledges. They feed on a wide range of animals from Reindeer, Roe Deer, small Red Deer, and Chamois, to smaller, more usual prey: birds, and small mammals, like snowshoe hares, fish, sheep, and goats. 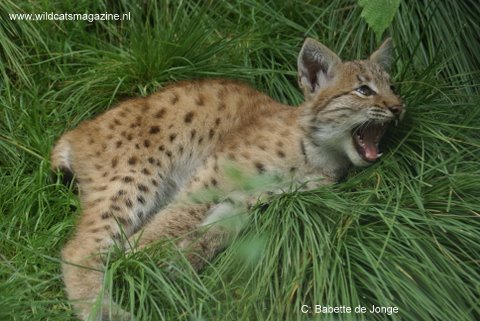 The lynx inhabits the high altitude forests with dense cover of shrubs, reeds, and grass. Although the cat hunts on the ground, it can climb trees, and it swims, catching fish. Even though the lynx is found in the northern regions of Scandinavia, it is primarily found in North America and also in pockets in the Himalayas. 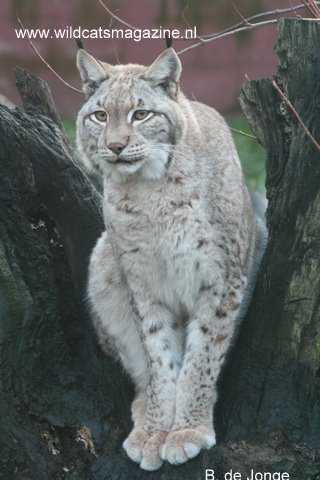 Since the beginning of the 20th century, the Eurasian Lynx was considered extinct in the wild in Slovenia and Croatia. A resettlement project (begun in 1973) has successfully re-introduced the lynx to the Slovenian Alps and the Croatian regions of Gorski Kotar and Velebit. In both countries, the lynx is listed as an endangered species and protected by law. Lynx-spotting can be arranged in cooperation with the Risnjak National Park. Several lynx-resettlement projects begun in the 1970s have been successful in various regions of Switzerland. Since the 1990s, there have been numerous efforts to resettle the Eurasian Lynx in Germany. 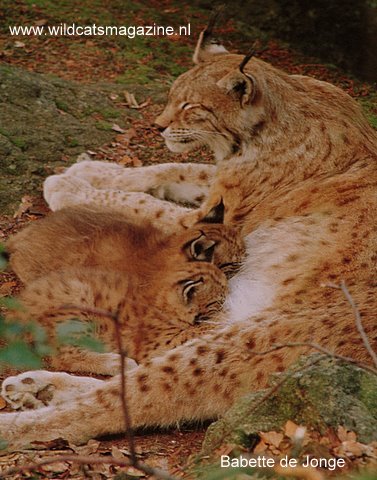 The lynx is found in the Bialowieza Forest in northeastern Poland. The critically endangered Iberian lynx lives in southern Spain; and previously, in eastern Portugal. In Romania the numbers exceed 2,000, which is the largest population in Europe. The Lynx is more common in northern Europe, like in Sweden, Estonia, Finland, and the northern parts of Russia. 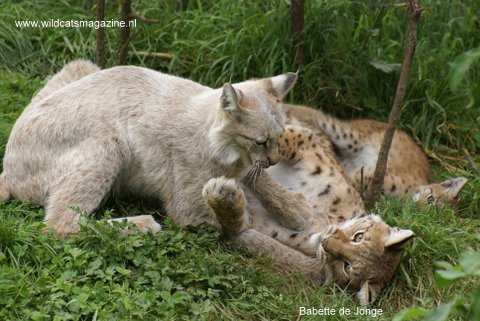 Canadian Lynx have been observed (2006) in the Wet Mountains of Colorado. In recent years, a few lynx sightings were reported in the southern Appalachian Mountains of western North Carolina, specifically in the area from Mount Mitchell across to the Shope Creek Forest area (part of Pisgah National Forrest). The Canadian lynx is common throughout the boreal forests of Canada, and is especially abundant throughout it’s northern range when snowshoe hare numbers are high.

The hunting of lynxes is illegal in many countries. The Iberian Lynx is critically endangered with extinction and the killing of any individuals has been outlawed since the 1970s in Spain and Portugal. In 2000, the U.S. Fish & Wildlife Service designated the Canadian Lynx a threatened species in the lower 48 states.

A lynx is no pet though some people seem to think this. It’s a wild cat who needs lots of space!