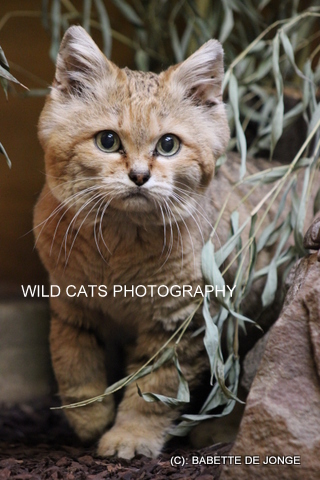 The Sand cat (Felis margarita) is a small African wild cat. Not the smallest as this is the closely related Blackfooted cat. Often is referred to “desert cat” but this name is reserved for Felis silvestris lybica, or the African wildcat, but it could be appropriate for this species. It lives in those arid areas that are too hot and dry even for the desert cat: the Sahara, the Arabian Desert, and the deserts of Iran and Pakistan. 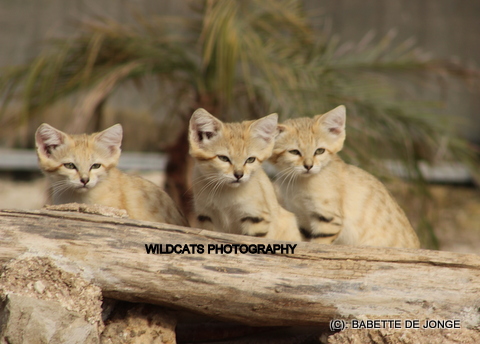 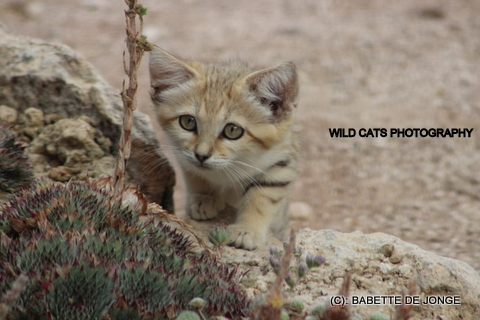 Sand cats live solitarily, except for the mating season; see below, digging burrows to escape the desert heat, and come out after dusk to hunt rodents, lizards, birds and insects, although their diet may consist mostly of rodents. They “skulk” close to the ground and will use any available cover to protect themselves. Using their large ears they listen for prey, digging rapidly when they hear it underground. Since the sand cat obtains all the water it needs from eating its prey, it mostly stays far away from watering points where other predators may harm it. Sand cats congregate only for mating so numbering them is a difficult task. It seems however that their numbers have been declining in the Arabian desert following a rarefaction of their prey. 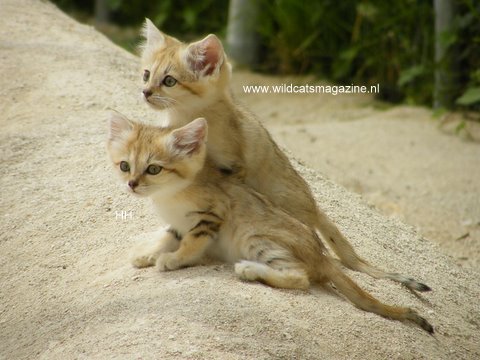 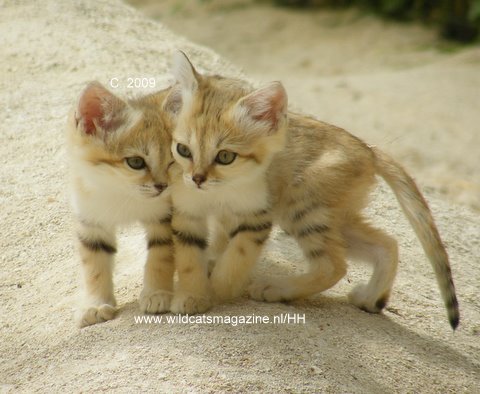 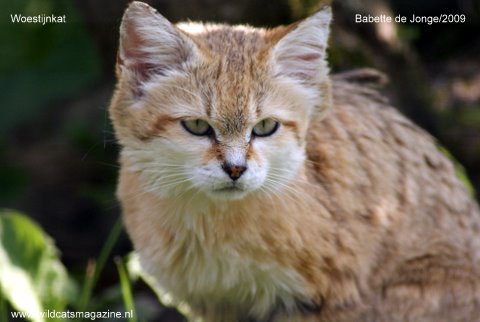 Threats to the Sand cat include humans, wolves, snakes, and rapors. Although solitary animals, sand cats do not have their own territories like most of the other cats, and may even “take turns” over burrows with others. The Sand cat is listed by Cites as endangered, although IUCN only lists it as near threatened as of 2001. 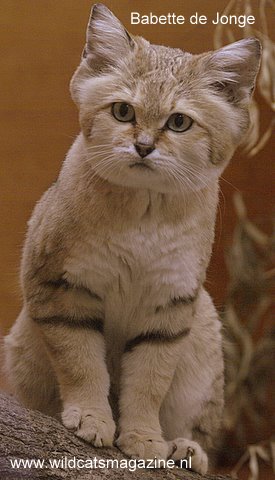 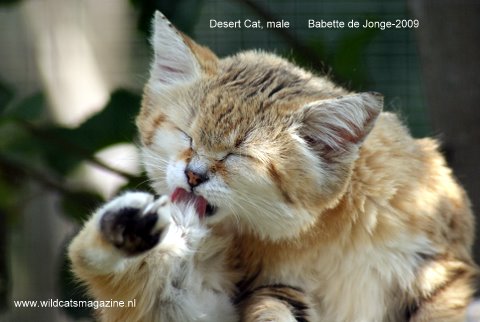 The Sand cat’s length average almost 50 cm, plus a 30 cm tail. The average weight of a sand cat is 2,7 kg (6 lbs). Their heads are conspicuously broad, and their ears are large, pointed, and widely spaced to the point they can be flattened horizontally or even pointing down (while hunting). The colour of the fur is a pale sandy yellow, with pallid bars, which are sometimes hardly visible. Generally the bars are more visible in the African subspecies. The mucosa of their eyelids is a striking black. Their paws are covered with long hairs that allow it to tolerate and easily manoeuver the hot sand of its environment. The Sand cat can survive in extreme temperatures ranging from -5 C (23 F) to 52 C (126 F).

There are 6 subspecies of the Sand Cat.

The Sand Cat might have a very sweet appearance but watch out as the smaller, the wilder… and this little cat is wild! 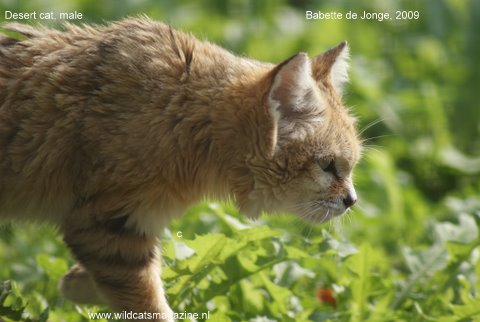