A life dedicated to leopards – being tolerated close to them in every stage of their life. 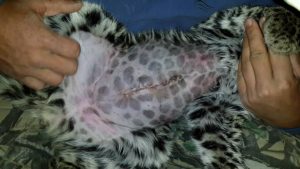 Babette de Jonge (Founder/CEO Wild Cats World/Wild Cats Magazine) keeps on investing in what’s best for them, backed up by her life partner and 2 great caretakers, taking care of the wild cats in S.A. when Babette (and partner) cannot be present. 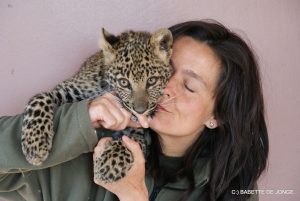 Focus is now mainly on the African leopard (Panthera pardus pardus) since phase I started of a release program, for youngsters Olive, Solo, Beau & Bahati. 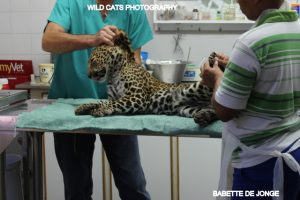 Babette has an unbreakable bond with the leopards, started from the rescue of 4 adult leopards from hunting/exploiting farms, and leopard Felicia’s life from bad treatment and wrong diagnose by the vet. 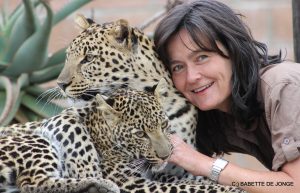 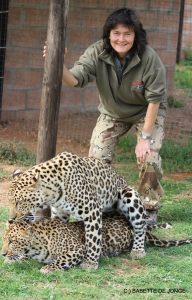 An unbreakable bond, that doesn’t go without saying: leopards are predators and only meant to be. They are also treated as such. Our project wasn’t meant to be a petting project, but from start this is a true conservation project. A conservation project with different angles, which so far seem very successful: introductions of (un-related) cubs/adults (m/f), showing the social side of the leopards, Rescue, Rehabilitation, Breeding, Relocation, (Soft) releasing…………..Caring and Loving all the way! 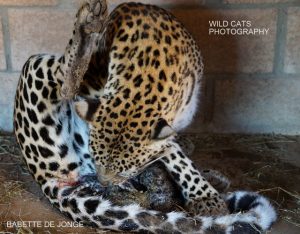 Babette: “peope often told me ‘I can’t’ or ‘I won’t’ but so far the WCW project is still going strong. 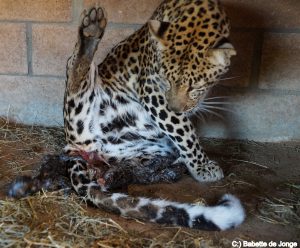 I am grateful and humble that the leopards still allow me close during every stage of their life: growing up, eating, getting (sexually) mature, starting mating, having litters with healthy cubs, during the care of their cubs, up til the re-wilding and so far (soft) release of the first young leopards born with us and ready for the wild. 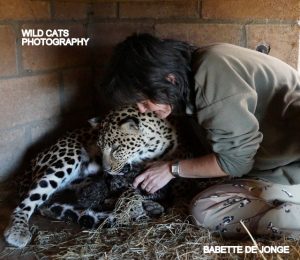 The ultimate thing would be a successful release in National park or Private Game Reserve, but even if that wouldn’t become reality, we can say we succeeded with this project and contributing to the species, which is vulnerable but the way it goes soon very endangered. So it seems more that the ones having said ‘you can’t” or “you won’t” are probably the ones scared that “we will” 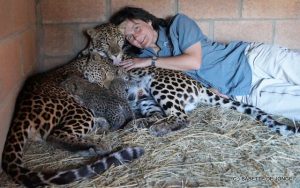 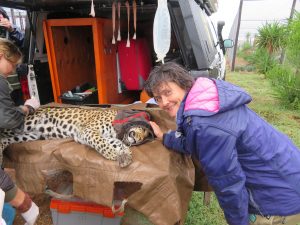 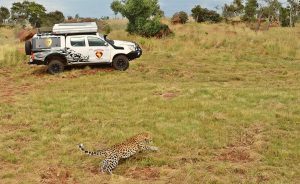