It’s safe to assume that at one point or another, each of us has experienced seeing animals in captivity. Having the opportunity to see wild animals like tigers, elephants and gorillas up close is an exhilarating prospect. Sadly, anyone who as ever set foot inside an establishment housing captive wild animals has also likely witnessed unnatural stereotypic behaviors. These include:

Many patrons are amused, feeling as though the animals are following them around the exhibit. In some cases, they think the animals are “dancing.” The truth is these are only a few of the many stereotypic behaviors exhibited by captive animals. These abnormal behaviors describe “zoochosis,” the psychological impact captivity has on wild animals. 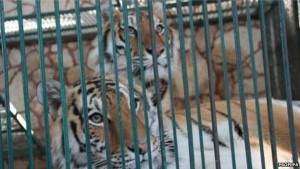 According to one study, the importance of behavior is as significant as the internal organs essential to one’s life. Animals that display normal behaviors allow for homeostasis, which is needed to ensure internal conditions are maintained and stable. When a captive animal is not capable of modifying or controlling its environment, animals begin to cope by exhibiting stereotypic behavior. Scientists believe this abnormal behavior releases endorphins and allows for momentary relief.

While many renowned facilities pour millions of dollars into programs designed to keep the animals “happy,” it’s clear that stereotypic behaviors are representative of poor welfare in captivity. No habitat can rival the environment animals would have in the wild; albeit the animals born in zoos and other facilities are often born through breeding programs, the number of animals suffering from these stereotypic behaviors only further corroborates that these animals are inherently wild and suffer in captivity. 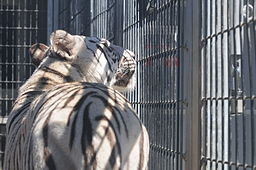 For the full article, read more: