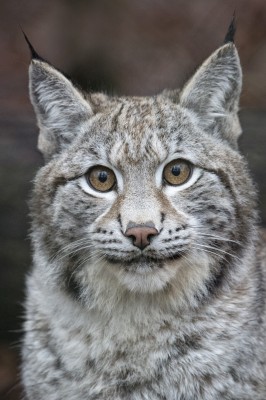 The Lynx UK Trust have identified three sites in Scotland for intensive consultations on a lynx reintroduction trial, one of which is just 30 miles from Glasgow. Launching the consultations a lynx roadshow will tour the Scottish sites in the first week of March.

Following on from an announcement that they were surveying Scotland in
late 2017, the Lynx UK Trust have identified three locations which could act as release sites for the medium-sized cats, and have announced intensive consultations with local communities and businesses for a trial reintroduction application.

Independent scientific research has shown that Scotland’s forest could sustain around 400 of the cats, which ecologists believe could help control the UK’s over-populated deer herds, leading to a regeneration of forest ecosystems that would benefit all of the UK’s native wildlife.

The Trust has also outlined a vast potential for lynx to bring eco-tourism revenue to remote rural communities, based on case studies of lynx reintroductions in Germany’s Harz national park.

The three areas identified for the intensive consultations are;

Lynx UK Trust’s Chief Scientific Advisor Paul O’Donoghue explained;
“We’ve spent about 18 months looking at habitats across Scotland and talking to various stakeholders about a trial reintroduction of lynx. Based on ecological factors like deer density and habitat suitability, these three areas have been identified for much more intensive consultation with local communities. This will ultimately lead to a multiple site application to Scottish Natural Heritage to carry out a trial reintroduction of Eurasian lynx.”

No lynx attack on a human has ever been recorded anywhere, though lynx reintroduction is a controversial issue with sheep farming unions concerned that the cats would decimate herds, though numerous independent studies make clear that sheep are an exceptionally rare target for lynx, even when the two live side by side. O’Donoghue commented, “We certainly recognise the concerns that sheep farmers have, though farming unions have repeatedly over-stated the threat, even claiming that lynx could threaten the food security of the entire UK which is pure fantasy. I hope we can have a much improved consultation with farmers living and working in these areas to fully explain the threats in a factual manner, alongside a clear explanation of the benefits. “We will be offering local farmers a range of support with predator mitigation techniques, and providing full insurance against lynx predation.

Lloyds of London, the largest insurance market in the world, will insure every sheep in Britain, and pay out above market rate compensation. Besides the ecological benefits, there are very clear real-world examples of lynx bringing phenomenal eco-tourism revenue and jobs to remote rural areas which would benefit the entire local community, particularly tourism and hospitality businesses.

“We’re really excited to launch the intensive consultations with a roadshow touring the sites in the first week of March, bringing teams of lynx experts directly to local communities to hear how the people of Scotland would feel about lynx returning to the forests. There’s some fantastic habitat connectivity in Scotland making it possible for lynx to live all the way from Glasgow to Inverness and across to the Cairngorms if a trial reintroduction was successful, bringing huge positive change to rural communities across the Highlands.”